Maritimo Racing is the oldest active team competing in the Australian Offshore Superboat
Championships. Founded by Bill Barry-Cotter in 1990, the team was rebranded as Maritimo
Racing in 2003 in parallel with the establishment of Australian long range motor yacht brand,
Maritimo.
Maritimo Racing has been a competitive force in Australia and around the globe with a
record 16x Australian Offshore Superboat ‘AUS1’ Championships, UIM World
Championship, APBA Key West World Championship, and UHPBC Hawksbury Bridge to
Bridge Offshore Record.
Maritimo is unique within the boating industry being the only major luxury motor yacht builder
in the world with a dedicated racing division within the company. Maritimo Racing sets
Maritimo apart and as one of the only manufacturers around the globe to gain the
technological benefits derived from racing experience, advancing Maritimo motor yachts to
new levels in engineering and performance. 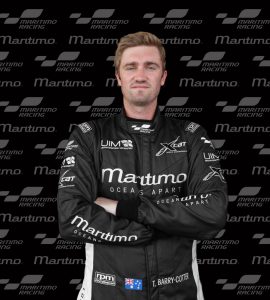 Andrew made his Offshore Superboat Championship and powerboat racing debut in 2009 as reserve driver for the team ‘Maritimo’ Class 1 catamaran. In 2014, Andrew competed in the Offshore Superboat Championship Supercat Outboard class for ‘The Loaner’ team. In 2016 Andrew joined team ‘Maritimo’ as a full-time driver, securing multiple podiums and race victory in the Supercat 1000 class in his first season with the team. Since 2017, Andrew has been driver for ‘Maritimo’ in Supercat Extreme class, securing multiple race wins, podiums, and the Australian Offshore Superboat ‘AUS1’ Title in 2019. Andrew has been reserve and test driver for team ‘Maritimo’ in the UIM XCAT World Championship for multiple seasons, helping Maritimo dial in their boats, to their most competitive state, and ultimately help secure the 2019 UIM XCAT World Championship for the team. Andrew comes from a heralded powerboat racing bloodline, as the son of Australian power boat racing legend, Ross Willaton. Outside of the driver’s seat, Andrew works full time as an engineer in Maritimo Racing. 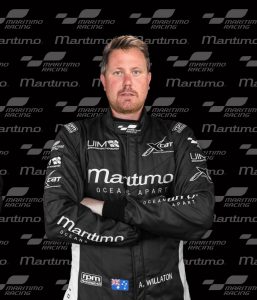