The waters of Hervey Bay last weekend were not what was expected, flatter than anyone could remember for this event.

With point very tight for both classes and the outright “Aus 1” crown race 1 took to the waters of Hervey Bay.

Supercat Extreme battle between”Maritimo” and “222 Offshore” was on but on lap 3 “222 Offshore” slowed and was requiring a tow back to the pit, “Maritimo 11”, Ross and Andrew Willaton had the new “R36 Maritimo” fling with team mates “Maritimo 12” Tom Barry Cotter and Steve Jellick chasing and “KKR Transport in the hunt, this is how they stayed to the chequer flag.

Between races information came back that “222 offshore” had broken a driveshaft and lost the prop and managed to replace the shaft and prop between the races and make it out for race 2.
“Eighty Eight Powerzone “also managed to replace a gearbox and was ready for race 2,
The water had chopped up a lot more since race 1 but nothing on previous races at Hervey Bay.

Supercat Extreme “Maritimo 11” jumped out of the box until lap 6 when they pulled out with an engine issue leaving “Maritimo 12”, “222 Offshore “and “KKR Transport” battling for points and this is how they crossed the line and with 2nd place points “222 Offshore” win the 2018 Supercat Extreme Championship and the ‘AUS 1’ title.

Thank you to all the public support to the event the teams really enjoy talking to you all.
Thank you to Wide Bay Cranes, Beach House Hotel, Handy Hire, Fraser Coast Events, Hervey Bay City Council, Hervey Bay Boat Club and of course our great race organisers and all of the volunteers that help make this happen.

Once again congratulations to the 2018 Champions, 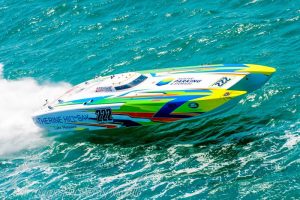 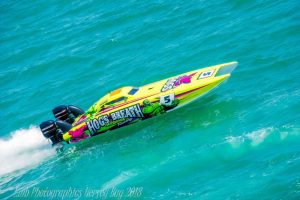 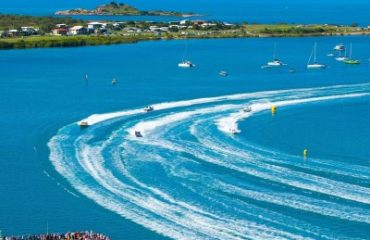 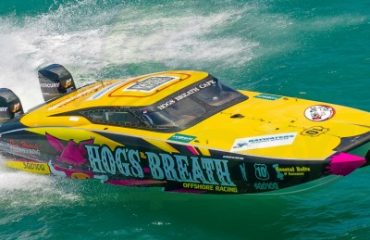