From the time teams arrived at round 2 at Bowen the energy was electric, the town was excited to have the teams and supporters in town and you could feel the excitement.

As race 1 was preparing to start with teams on the sighting lap Black smoke was seen coming from the engine bay of Maritimo 12, Safety crews rushed to help the burning vessel and extinguish the fire. It seems a power steering line split, this put the boat out for the weekend.

As the flag dropped on race 1,Supercat Extreme  “The Judge” and “Maritimo 11” shot to the lead followed by “Team 3” and “Dynamic Racing” until lap 4 with “The Judge “ pulling off the course with engine issues then “Team 3” also stopping with broken propeller,

Supercat outboard, “88 Powerzone” and “Team Hulk” battled the lead and chased by “Saracen”, “TCR” and “SUV Simrad” on lap 4 “88 Powerzone” spun in a corner putting them out of the race,

With “Team Hulk” taking the win from “Saracen”, “TCR” and “SUV Simrad”.

Sunday morning the teams were ready for the 2 races with some of the teams working until the early morning to get their boats ready to race again including “The Judge” and “Dynamic Racing”.

Race 2 start of Supercat Extreme “Maritimo 11”, “The Judge” and “Team 3” raced out with only a boat length between them “Dynamic Racing” had struck trouble in the pits and missed the start and joined the race 2 laps down.

The Final race, Race 3 and luck had not changed for “The Judge” while leading an engine issue puts them out of the race, then “SUV Simrad” spun and rolled in a corner, Both crew managed to exit the upside down boat unharmed, this caused a red flag and a restart.

At the restart Supercat Extreme “Maritimo 11” took the lead and stayed there from “Dynamic Racing” and “Team 3”.

In the Supercat Outboard “Team Hulk” also took the lead and took the win from “Saracen”, “TCR” and “88 Powerzone.

Thank you to all of the volunteers that put in the time over the weekend,

All that were involved in the event. 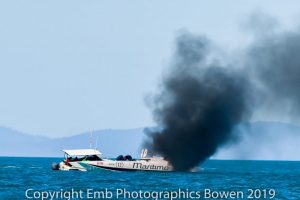 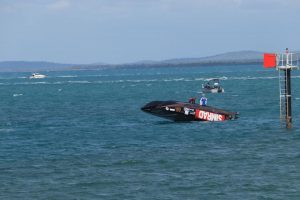 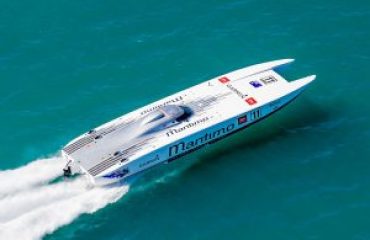