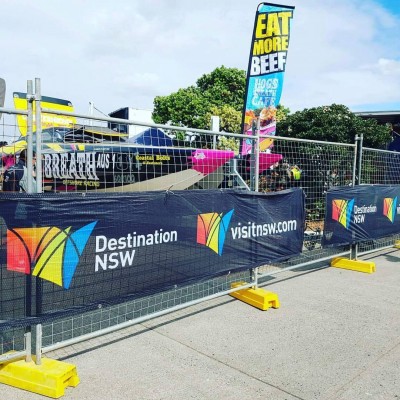 Round three of the Offshore Superboat series came to the Northern NSW region over the weekend with Coffs Harbour hosting once again a fantastic weekend of racing. It all kicked off on the Friday night at the Coffs C.EX club with the drivers meet and greet, giving all the teams a chance to catch up and a chance for the public to get up close and personal with the drivers and crews of the impressive machines that lit up the harbour.

As the sun rose on Saturday morning, it revealed the conditions that the crews would have to navigate through for the pole position shootout that afternoon. Two metre seas and twenty plus knot winds it was a very tough session not only on the boats, but also the drivers that were pushing hard to claim championship points and the much sought after pole position for both Sundays’ races.

One pm came around and the crews had their set-ups finely tuned and had the boats in the water ready to take to the course. The Supercat outboards took to the 4km course first and the six teams navigated through the rough conditions, doing their best to set the fastest lap average although after only ten minutes, the race was cut short due to wildlife entering the course.

The results were calculated and the New Zealand crew of Barely Legal came out on top closely followed by Hogs Breath Offshore Racing. Team Phantom Racing took out third while SUV SIMRAD and Team 88 GCCM rounded out the final two places. Unfortunately new comers R Marine Crawley could not record a time due to technical issues.

Next to take to the course were the teams from the 1000hp Supercat and Supercat Extreme categories. The crews pushed hard for the full twenty minutes and the boys from Maritimo 11 took first place honours closely followed by 222 offshore. Team 3 of the 1000hp class category finished in third place just in front of the Supercat Extreme duo from Yellow Brick Road. The Kiwi team Pro Floors International claimed fifth with Maritimo 525 rounding out the field.

Sunday morning arrived and with it came relief for the teams as the twenty knot winds had dropped significantly and the swells had also eased. Time for race one came around and the teams made their way out in front of the massive crowds who waited in anticipation to see the powerful machines unleash their power for the two thirty minute races.

As the start boat approached, the teams lined up in their positions with Maritimo 11 in pole. After sustaining sever engine damage during Saturdays race, 222 Offshore were forced to start from the back of the grid to limp across the start which would allow them start points for the championship.

Once the flag dropped, the rooster tails shot to the sky as the throttles were pushed to the floor and the drag race to turn one was on. Maritimo 11 set the pace early and gave the Frier boys of Yellow Brick Road a lot of work to do. Team 3 looked to set early dominance in the 1000hp class, while new comers R Marine Crawly who were able to compete in the two races thanks to the help from fellow competitors Team GCCM, turned a lot of heads by charging out to the lead and never looking like slowing through the swells of the 4km course.

Hard chargers Barley Legal struck disaster midway through race one, breaking an engine off its mount and causing them to retire from the race. Current Aus1 holders Hogs Breath Offshore settled into the chase for first place while Team Phantom Racing battled for the final place on the podium with Team 88 GCCM. The 1000hp class had a fantastic battle between Team 3 and Pro Floors which would eventually see Team 3 take the flag and bring home a great first place finish with the kiwi boys a close 20sec behind and Maritimo 525 not far behind in third.

Supercat Extreme class was taken out by Maritimo 11 with the Frier boys unfortunately
coming to an early stop with an engine issue however they did enough to seal second place points. The Supercat 600hp class had some of the best racing of the year with R Marine Crawley recording their first win of the season with the Hogs Breath crew hot on their tails finishing 7 seconds behind. The battle for third had Mick Walker and Ian Harris of Team Phantom winning the battle against Team 88 GCCM and SUV SIMRAD rounded out the field coming home in 5th position.

Race two saw Maritimo 11 continue its dominance of the series with their fellow competitors with the Supercat Extreme class both limping across the start line to claim start points. The Supercat 1000 class continued to put on an awesome display of racing with Team 3 and Pro Floors International once again locking into a full throttle contest that once again came down to the wire. Team 3 took the clean sweep for the weekend and finished first only thirteen seconds ahead of Pro Floors with Maritimo 525 coming in at third.

The 600hp class once again showed the close parody between the six teams
with the first two laps hotly contested before R Marine Crawley managed to break out in front and set a commanding lead.
Current AUS1 title holders Hogs Breath Offshore suffered their first DNF of the season with an oil pressure issue forcing them into early race retirement. Main stayers SUV SIMRAD found another gear and managed to pull away from Team 88 GCCM in
their close battle for second while Team Phantom Racing nursed their boat home in fourth place.

The Offshore Superboat Club would like to thank all the sponsors that made the Destination NSW Coffs Harbour race possible and thanks to everyone also that showed their support to a very worthy charity, ‘Soldier On – Helping our Wounded Warriors.’
Destination NSW, Coffs Harbour International Marina, the Coffs Harbour City Council, C.ex Group, NSW Maritime, Coffs Harbour Fishermen’s Co-operative Ltd, Crown lands, all of the volunteers, the volunteers from marine rescue, Conn Saloumidis of the OSC and of course local member Mr Andrew Fraser, this event would not have been possible without you.

The passing of Ian Trevaskis 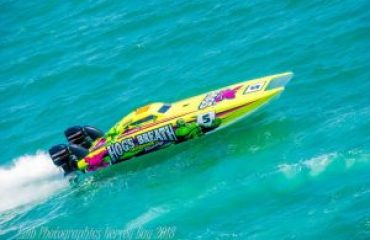 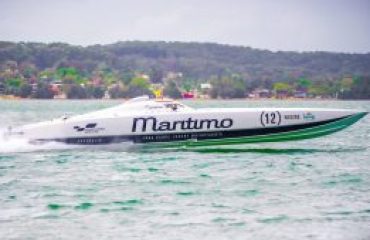