A great weekend of racing at Coffs Harbour over the weekend,

Teams were greated with high winds and large swell for Saturdays Pole Position Shootout and the thought of teams taking it easy in the conditions were unfounded, every point counts in this years championship.

Sunday race day the winds and swell had dropped and teams having to think of setup for race 1, When the flag dropped Supercat Extreme “Maritimo 12” Tom Barry-Cotter and Steve Jellick got a break over “222 Offshore” Darren Nicholson and Peter McGrath closely followed by “Team Australia” Brett Luhrmann and Karl Wall who have had a lot of work to do to the boat from round 2 at Bowen after an engine bay fire, They had been fighting the clock to be ready, “Mega Fuels” Brendan and Chris Frier were trading positions with “Team Australia” followed by “Maritimo 11”.

Supercat Outboard was a tight battle between “Mancine” Brent Price and Simon Isherwood and “Phantom” Mick Walker and Ian Harris, “Team 88 Powerzone” Gryff and Michael  Ethell and back to the series “Saracen” Antony DeFina and Matt Kelly, But after 8 minutes of racing on an offshore turn “Phantom” rolled upside down, both Mick and Ian managed to exit the boat unharmed , this brought a red flag and once “Phantom was under tow race 1 was restarted.

Race 2 Kicked off the same as race 1 with Supercat Extreme, “Maritimo 12” got to the lead closely followed by “222 Offshore”, “Mega Fuels and “Team Australia” were battling each other until ” Team Australia”slowed on lap 3 with an engine issue, on lap 13 “Mega Fuels” also slowed fearing they had a hole in the boat, there was no hole but some hull damage,”Maritimo 11″ were unable to make the start of race 2 with an electrical issue.

We must thank all of the public that came to watch and come up to the teams to have a chat, 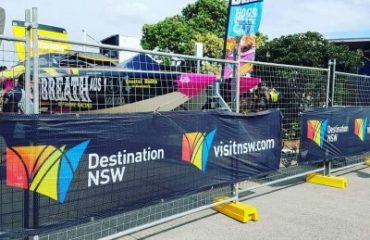